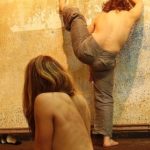 "Daniel Abreu has created a slow rhythmic architecture, of concatenated scenes with great beauty, which, with his concision of elements, highlights the expression and the purpose." Cristina Andrés - Diario de Cádiz 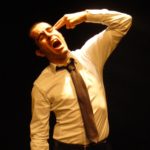 “This is a solitary work about duality, triumphs, and the internal and external struggle between the hostile and tame animal. The character is fighting against the observers, the wall, and its own fears, until finally fighting air itself. In the process, the character strips down until standing before the observers as a tame animal.” Roger Salas. El País, 16 de mayo de 2007 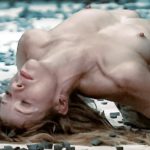 "In Animal, Abreu embarks his work in teorical and gestures universe, of strength and contrasts. The fight, which appear more than once in the piece, its stands sculptural during all play until the last image. Its get gravity, impulse and risk. He metaphorizes the survival and he uses the recurrences nudes beyond what we are accustomed in contemporary dance on fashion". Roger Salas, El País 19 de noviembre de 2011 “A quiet beauty, a sense of humor, which bind to an overlay of figures and drawings to create the scenic narrative”. Ana Martos, www.culturamas.com 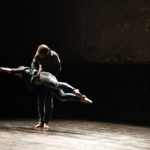 "Silencio is the latest evidence of the technical and artistic excellence of the company. The merit of this company lies in their ability never to disappoint. Silencio is a clear example of this, it is a huge step forward for the choreographer, in which his magnificent capacity to create is made explicit." Esther Morales Hernández "A piece that is 100 % human, deliberate, almost exquisite, halfway between action and contemplation, that is if it is not also to be perceived as a different way of action". Rosalía Gómez. Diario de Sevilla. 2 de noviembre de 2015 "In Silencio, one of the most mature and forceful works by Daniel Abreu, he asserts a personal discourse which derives from his previous creations and goes beyond them, by opening doors to secret universes of intimacy and solitude. It is an unusual experience for the members of the audience, who leave the theater in an emotionally charged state and full of questions to which there are no answers". Adolfo Simón. querevientenlosartistas.wordpress.com 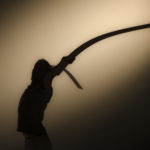 "Alone on stage, as a real man without tricks, whims, attributes, or even scenic vaults. There he is either completely oblivious to, or included in, all the discourse. This language, in turn, is fuelled by a complete rejection of predictable forms; in each gesture or action the thrill of astonishment ensues, that pristine state of grace we all yearn to feel". Isidro Hernández, http://elaprendizihg.blogspot.com.es 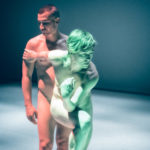 "In this poetic work, Abreu uses his wealth of expertise from more than 40 productions to set up new surprising dimensions that deserve to be mentioned by critics. His use of scenic elements such as light and space, which always stand out in his performances, are in this occasion truly purposefully configured for the performance. The depth of character of the dancers who portray Venere renders an imposing presence to the end result and adds nuance to the reading. The altruism of the choreographer spurring the dancers on to show their personalities on the stage is evident in this reading. (…) It is a new metaphor for the artistic maturity that emanates from this work". Mercedes L. Caballero, www.unblogdedanza.com 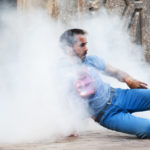 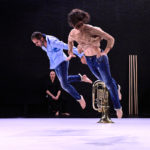 "The riskiness of this proposal makes it an exquisite palette of images burning onto the retina. One has to blink a couple of times, a victim of this microsecond of blindness that completely changes one’s outlook on the world." Patricia Jorge, https://querevientenlosartistas.wordpress.com 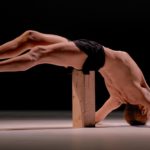 "El hijo [‘The Son’] distinguishes itself as one of those works that with its package of raw talent and unmistakable craft will linger on in the memory forever. Mercedes López Caballero, https://unblogdedanza.com/2020/11/24/esa-linea-roja-suspendida-en-el-aire/

"The visually powerful staging is impeccable. The music is thoughtfully chosen, with its persistent percussions. The dance is energetic and expressive, even in its quiet moments. However, lighting is one of the foremost reasons behind the play’s success. It grants colour and light a prominent and relevant role whereby the solo at times works as a duet between dancer and shadow." Revista Susy-Q, Omar Khan, https://susyq.es/actualidad/1117-daniel-abreu-festival-de-otono